There are estimated 20 million people in refugee camps, these camps are permanent homes for hundreds of thousands of people. It’s not irrelevant what kind of environmental impact these camps have. Ecological footprint can be reduced via architecture and building solutions. This creates a challenge to develop carbon-neutral building products and production methods.

PlayHUB is a space for the children and the young in a refugee camp: it supports their survival and cognitive abilities. PlayHUB means learning, doing together, games and digital skills. Open data belongs to everyone in global world and connects different worlds. Current partners in PlayHUB project include Ukiarkkitehdit Oy, CrossLam Kuhmo Oy, Timber Bros Oy, Design Reform Oy, Töölö and Raahe Rotaries. 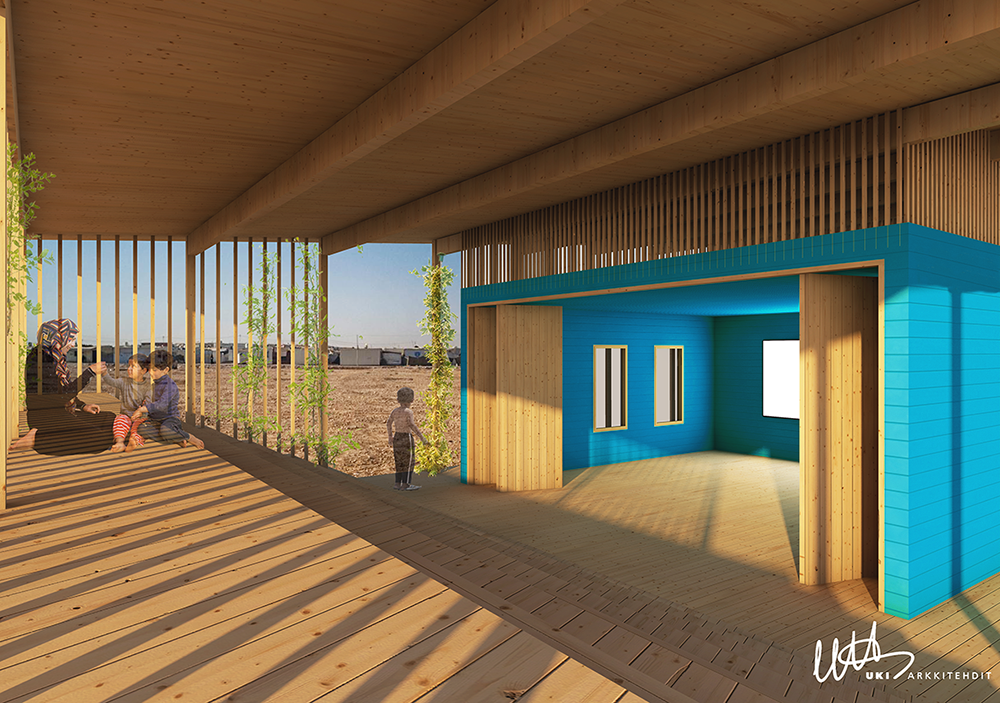